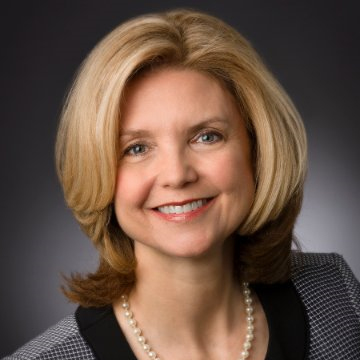 The role of legal operations professionals is continuing to grow in influence and maturity. According to the recent Blickstein Group 14th Annual Law Department Operations Survey: Navigating in the Era of Doing More with Less, “value provided to the corporation,” was the second highest priority for respondents, just after balancing the law department budget. This is yet another of many proof points pointing to a widespread shift taking place within corporate legal departments.

Evidence of in-house counsel’s move toward embracing a more strategic, efficient, engaged and influential role within their organization continues to bear out anecdotally among FTI Technology’s clients as well as in data from numerous surveys. This is taking shape in several ways, from the general counsel taking on a wider range of responsibilities and increasing investment in proactive risk management programs, to adoption of advanced technologies and overall growth of the legal operations role.

The latter—how the legal operations role is evolving and what initiatives are taking up the majority of mindshare among legal ops professionals—was the primary focus of the recent Blickstein survey. One survey respondent’s quote summarized the current trend, saying: “Legal operations has really grown. Controlling costs and doing more with less are now table stakes. Legal departments went from pushing back on cutting-edge, forward-thinking improvements to clamoring for more.”

Indeed. But while legal teams drive toward transformation and place more emphasis on legal operations, they must also be mindful of barriers that can stand in the way of legal ops progress. For example, when asked about the top challenges they face in meeting their objectives, more than 25% of survey respondents cited intra-departmental relationships, including gaining attorney buy-in and communicating with the GC. Staying abreast of technology and managing/handling IT issues ranked even higher, with more than one-third citing this as a top challenge. Confronted with both people management and technology issues, many legal ops leaders may struggle to carry the increasing expectations placed on their shoulders.

As I wrote in an excerpt in the Blickstein Group report, one way for legal departments to prevent these setbacks and set their legal ops projects up for success is to spend time creating a road map for technology implementations or any process improvements that require a degree of change management. Key questions for legal ops teams and the broader legal department to ask when developing their road maps include:

It’s important for law department leaders to recognize that efficiencies can’t be realized unless technologies and workflows are successfully implemented and adopted. By setting up a road map for each initiative within the overall legal ops plan, teams will be positioned for realistic progress. And in turn, hit the goal of delivering meaningful, discernable business value.