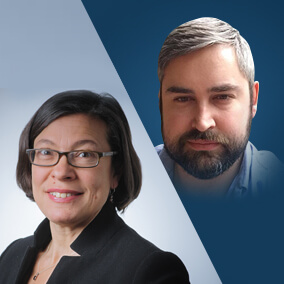 Earlier this month, data protection authorities in Portugal doled out a €400,000 fine to a hospital for failure to apply appropriate access controls over digital patient data. This is one of the first penalties we’ve seen issued under GDPR since its enactment earlier this year. There are several interesting elements of this particular case, one of which is the fact that fines were imposed even though no data breach event occurred.

In this instance, the hospital has been embroiled in an ongoing labor union dispute. As part of that legal battle, union whistleblowers brought attention to their knowledge that the hospital was allegedly providing doctor-level access to patient records to more than 985 employees, including outside providers or contractors, despite the fact that they only employed approximately 300 doctors. The alleged security violation was reported to multiple regulatory bodies in the country, and eventually data protection authorities, working within their power under GDPR, were involved.

To date, regulators have typically issued fines only in the event of a security breach or incident that was caused by negligence (such as losing unencrypted laptops) or malicious intent or unethical practices (such as data misuse). The case in Portugal indicates that corporations of all sizes, across the EU and in other jurisdictions, should expect a rise in regulator activity from a variety of catalysts, not just breaches. Fines are likely to increase in frequency and severity for poor data management, violation of the GDPR’s principles of integrity and data minimization and other data processing missteps that could result in a breach. With this in mind, below are five key lessons learned from these early GDPR penalties, which will help guide and inform better preparedness.

One important note is that in the matter in Portugal, the hospital concerned is appealing the fine. It will be interesting to see how the issue plays out, and how long it takes before this particular action brings an increase in other similar investigations and penalties in other jurisdictions across Europe. Corporations must keep a close eye on these matters and take proactive steps to get their data management and security in order. It is now clearer than ever before that the authorities may come calling, with or without the incidence of a data breach.