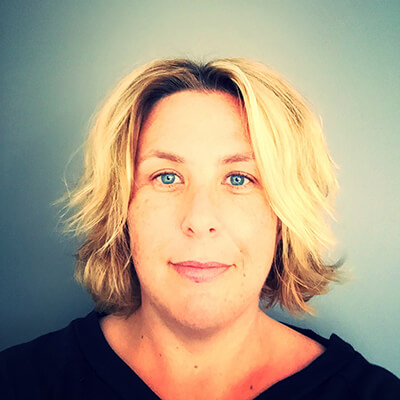 We recently appointed a new Managing Director to lead the Technology team in Asia. Sandeep Jadav is joining the tech team from Ernst & Young, and brings more than 17 years of experience in leading teams in forensic technology. We sat down with him to discuss his new role, how the field has evolved over the course of his career and his thoughts on emerging trends and challenges impacting corporations doing business in Asia.

Sandeep, you just joined the company and are preparing to leave London for Hong Kong in the coming weeks. Can you talk about your new role and the types of projects you’ll be working on?

I’m very excited to be joining FTI’s talented and global group of forensic technology specialists. Specifically, I’ll be heading the Technology segment in Asia from our Hong Kong office. I’ll be working across a spectrum of forensic technology matters for our clients, leading FTI teams in Shanghai, Tokyo, Singapore and throughout the region.

FTI has long been a leader in helping law firms and corporations in Asia solve their data problems – including responding to complex regulatory requests, leading large cross-border investigations and lending our experience in more esoteric digital forensic matters. Our teams are highly experienced in navigating the various modes of operating, languages, laws and data protection regulations in each country in the region. This includes working within China’s data privacy laws, and setting up mobile data centres to solve the challenge of moving protected data for review. I’m looking forward to diving into the fusion of cultures, people and business practices in Asia, and adding my experience and insight to continue growing FTI’s presence and offerings there.

What are some of the past experiences you will draw on in your new position? Any particularly challenging or interesting matters that stand out?

Before joining FTI, I was part of a senior leadership team that built a forensic technology practice at Ernst & Young, working on projects including DOJ led sanctions investigations in the Middle East, tracking the passage of funds between sanctioned parties and financial institutions, a range of various high-stakes investigations, large eDisclosure projects and post data breach work. Over 8 years, our team at EY grew from about 15 to more than 150 people, with revenues for that segment growing year on year by 20-40 percent. I had led a handful of projects in Taiwan, Hong Kong and Singapore, and became very interested in moving to the region.

One of the most interesting and intense projects I worked on was helping a global company restore operations following a major cyber attack, which was the biggest hack in history at the time it occurred. We worked with the CISO, who described his situation as like being bombed back to the stone age. Every aspect of the client’s business was disrupted, and our team was brought in to get them back up and running as quickly as possible. We essentially set up a 24/7 triage site that involved scanning laptops, desktops and mobile devices for malware, cleansing them and then getting them back online. We got through over 3,000 devices and had some of the staff returning to normal work in just days, and I formed some great relationships with the client from working together so closely under stressful circumstances. In addition to the relationships that were built, it was a very interesting matter that combined cybersecurity, post-breach remediation and digital forensics.

I’ve actually known Craig Earnshaw, Senior Managing Director in FTI Technology’s London office, since the early days of my career, after I completed a degree in computer science at King’s College in London. Craig and I worked together for six years at CRA International, conducting computer forensic investigations, providing expert testimony in court matters and building tools to deal with eDiscovery challenges. Ours was and in many ways still is a small industry, and we stayed in touch over the years as Craig joined FTI and I joined EY. When Craig recently reached out to ask if I’d be interested in joining FTI and heading up the Tech segment in Asia, I jumped at the opportunity.

FTI has a deep background in technology, is acquisitive, and I like the fact that it is a highly valued aspect of the business, compared to some of our competitors where audit is king. It means a lot to me to join a firm where excellence in technology is front and centre. I also have a great deal of respect for FTI being the best of the best in terms of technical expertise and strong client relationships.

What are some of the biggest challenges companies are currently facing in Asia?

Cybersecurity and increasingly sophisticated threat actors will continue to be a challenge for companies around the world – massive hacks are becoming more frequent, and we’re seeing that no company is fully safe. Intersecting with that issue are the evolution and variety of data privacy laws. China in particular has some strict limits on how data may be handled and transferred out of the country, requiring companies in that region to make changes to their normal approaches. China’s state secrets law and new cybersecurity law, which prohibits the transfer of personally identifiable information (PII) out of the country, are vague and complicate how forensic investigations are conducted. This is one big issue among many with which FTI will continue guiding clients.

Asia also has a shortage of talent that offer the right combination of technical, interpersonal and language skills needed to work in this unique landscape. There is a lot of need, and not enough people to meet the demands. Pricing pressures in the region are also impacting how companies are funding and staffing their workforces.

What predictions do you have for how trends will evolve in the forensic investigation landscape in Asia – and worldwide – in the coming year?

Globally we’re seeing technology-assisted review (TAR) becoming increasingly prevalent in response to eDiscovery cost and time pressures. TAR has become an accepted way of conducting eDiscovery work on the global stage, and FTI is leading-edge on leveraging the technologies. Asia is not as sophisticated as the U.S. or UK in terms of TAR adoption, but it is starting to catch up as companies look to bring more of their eDiscovery work in-house. Our teams will serve as trusted advisors to help clients put new tools and processes in place, as well as for information governance and other data challenges.

I’m also excited about the ability to combine structured and unstructured data for investigations. So much data is proliferating, and when you combine the two types of information, a great story can unfold. For several sanctions projects I previously worked on, we took structured financial data and SWIFT transactional records to identify the passage of money between various groups, and using analytics then layered that data over communications data. We were able to link the transactions to key communications visually and see the full extent of what was taking place. I expect we’ll see more of this type of linking of structured and unstructured data to help unravel the finer points of an investigation.