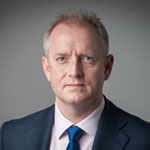 In the 20 years I’ve worked in competition, antitrust and merger clearance investigations, a lot has changed in terms of the role and significance of data. While a decade ago, competition authorities were primarily interested in market data and economic assessments for merger control and antitrust review, in the last three to five years that focus has extended to internal documents, and what people in the businesses are saying to each other about a transaction. Even more recently, alongside the rise of data privacy concerns, authorities have begun to show increasing interest in company-controlled user and customer data and the ways that it will be used post-merger, especially in situations involving technology companies and platforms.

The increased focus on both internal documents and user data is introducing new complexities and challenges in merger clearance reviews, particularly for technology companies for which data is integral to the viability of entire business models. I recently participated in a virtual roundtable hosted by Global Competition Review (GCR) to discuss these issues with GCR editor and moderator Tom Madge-Wyld, Sharon Malhi, Partner in Freshfields’s Antitrust, Competition and Trade group, and Marc Zedler, a case handler within the European Commission Directorate General for Competition (DG Comp). Through the session, we discussed three key areas relating to data scrutiny in technology industry transactions, including:

Innovation within the technology industry was essentially the genesis for data as we know it today. Ironically, data within technology corporations is now positioned to become the centre of some of the most intense competition scrutiny and enforcement on record.