With an incredible amount of gratitude toward the community of respondents who have lent advice over the years, we now share the results of our fifth edition of the Advice from Counsel study. In a relatively new industry, the fifth of anything is a significant milestone — one that begs the question: What has changed? And perhaps more important: Where will we be five years from now?

Seven years after amendments to the Federal Rules of Civil Procedure, corporations now have a clear game plan for how to operationalize e-discovery for greater efficiency, transparency and cost predictability.

To the first question, What has changed?, note that e-discovery is increasingly considered its own specialty area, requiring a dedicated manager or team. In the original survey, all the respondents held e-discovery responsibility, but only 14 percent had e-discovery or technology as part of their title, compared with 37 percent of respondents this year. This specialization is positively impacting each company’s approach to and control of its e-discovery process. As an example, 27 percent of respondents in the 2010 survey did not know how many service providers their company uses for e-discovery. For those who did, the average number of service providers used to support the e-discovery process was five. This year, all our respondents knew the number of service providers used, and 40 percent are using three or fewer providers. This is just one of the many examples of how the industry has changed that will be discussed in this report.

FTI Technology recruited Ari Kaplan Advisors to interview 30 in-house legal professionals with responsibilities that include e-discovery. All participants were from Fortune 1000 corporations and spoke by telephone, under condition of anonymity, in November and December 2013 (additional information on respondents is included in the Appendix). From these results, a clear operational e-discovery structure emerged, captured by the following points:

Overwhelmingly, 90 percent of respondents said internal teams handle preservation through collection in-house; 3 percent stated they outsource the entire e-discovery process, including identification, preservation and collection. The remaining 7 percent take a hybrid approach, where, depending on the particulars of the case, in-house or outsourced teams are used. 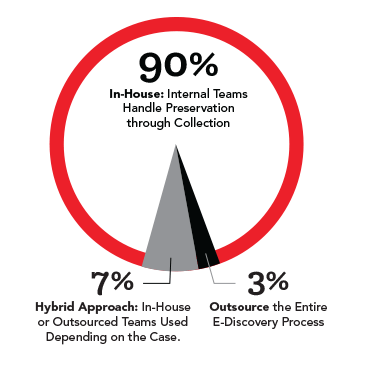 There are some exceptions. Respondents outlined four areas when third parties are called in to assist with preservation and collection:

“Outsource to a vendor whose sole job is e-discovery. It is faster and cheaper, and service providers track the trends better. This frees counsel to focus on the strategy of the case.”

According to respondents, the outsourced model was found to be the most efficient and cost-effective approach to review and production. As one participant stated, “The do-it-yourself component is overrated. … It is not only a large capital resource expenditure but requires a lot of time to perfect internal processes.”

“You don’t need to handle predictive coding in house, but you should be involved in the decisions.”

“While the company does not manage predictive coding internally, it does drive the selection process and other elements.” 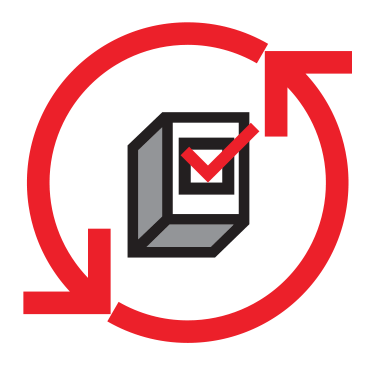 “We would like to leverage prior work product. This is a goal for 2014.”

Forty percent of respondents currently reuse coding decisions made on documents for previous matters such as privileged documents. Eighty percent of this year’s participants would consider deploying a multi-matter repository that enables the reuse of document coding decisions if it required standardizing on one legal review tool. “Data reuse is an area we’ve identified for improvement since we’ve found that we review the same documents multiple times,” reported one respondent. Another participant said, “That is something we always have wanted to do better because there seems to be a lot of potential.” A third respondent said, “Typical litigation tends to involve the same custodians and require the same general information.” As a result, these numbers may increase in the next year or two, particularly since “the company is testing this now” as another participant reported.

“You may be better off to have a good provider support your work.” 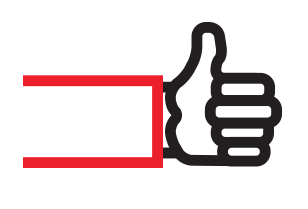 The corporate/service provider relationship played a prominent role in this year’s responses. Most acknowledged that bringing the entire e-discovery process in-house was not feasible due to budget, staffing, and the volume and variety of matters. In fact, 86 percent of respondents said there were no plans to bring the entire e-discovery process in-house.

Because of this, maintaining a strong, collaborative relationship with service providers was seen as a key imperative for any e-discovery program. Since more than half the respondents (53 percent) already have standardized on two or three e-discovery service providers and 17 percent are planning to do so in 2014, this trend seems likely to continue. Some interesting data points that stress the growth in developing more strategic service provider relationships include: 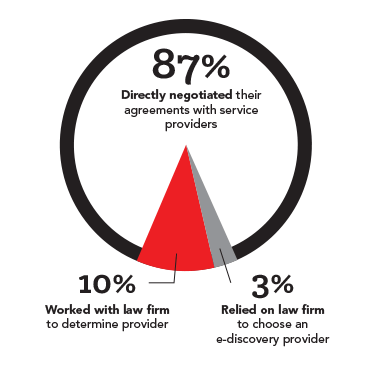 In summary, the majority of corporations are using a model in which they own the identification, preservation and collection steps for regular matters. Companies are turning to service provider partners to assist with any challenging collection projects such as those involving multinational data, social media or cloud data, or information stored on employees’ personal devices. Service provider partners, working under an MSA, assist with the processing, review and production steps. This includes the use of predictive coding and, increasingly, will utilize legal review software that enables the reuse of lawyer work product such as privilege calls.

Not all respondents currently are employing every aspect of this model, as there is no one-size-fits-all solution for e-discovery. As one respondent noted, “Ultimately, your litigation profile will dictate the processes you handle internally.” That said, respondents indicated this model provides the greatest flexibility to handle a wide variety of matters, types and sizes and also ensures that resources are appropriately allocated for maximum efficiency.

While respondents were confident in how they had operationalized their e-discovery program, they were also quick to identify new challenges. 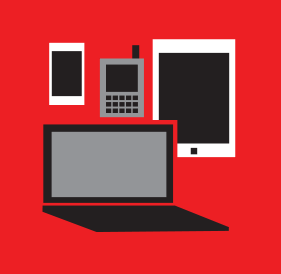 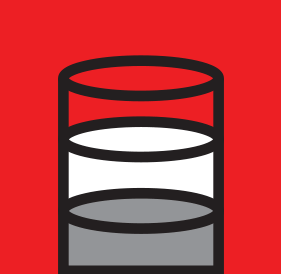 Costs often are directly linked to data volume, but predicting these amounts remains a mystery to 43 percent of survey participants and their legal teams. Conversely, 57 percent of respondents reported being able to quantify how much data they collect, review and produce in a typical matter. Those amounts range from 20 gigabytes (GB) per custodian to 100 GBs of data from 50 custodians.

Sixty-two percent of participants expect a continued upward trend in e-discovery data volume over the next few years. Thirteen percent expect a decrease, and 24 percent believe that data volume will remain the same. “The company continues to grow, which increases the amount of data,” noted one respondent. Others were more specific: “The company is moving toward BYOD so we are expanding the number of devices that contain discoverable data.” These figures are consistent with last year’s study, which found 64 percent of respondents worried about the rising impact of Big Data on e-discovery. 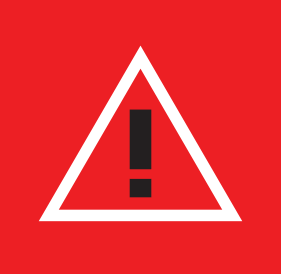 When asked to highlight the top three information challenges, 37 percent of respondents identified growing data volume as the highest priority, followed by 23 percent who struggle with data mapping and identification of sources of information. The remaining issues ranged from data security and the disposition of legacy data to BYOD concerns and navigation of the diversity of media.

"Culture change is the most challenging aspect of information governance."

The majority of participants (52 percent) identified the cross-practice (information technology, compliance, legal) collaboration required to develop and implement a plan as the most significant inhibitor to establishing an effective information governance strategy. Insufficient budget or resources to define and put in place an effective plan followed with 22 percent, and 17 percent of participants described an unclear business driver as the most significant inhibitor. One participant noted that the key challenge to information governance is a lack of leadership or an uncertainty as to where to start the process. 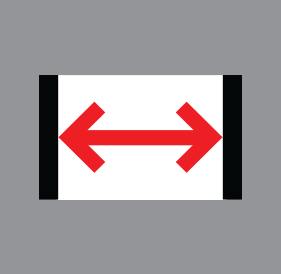 While many respondents noted the appeal of an end-to-end e-discovery software platform, spanning information management and identification to review and production, a number of participants were skeptical that one application could do it all effectively. “It’s like buying a stereo system: You can get all the components built into one box. But if you do so, it usually is an illusion, and you cannot improve any single aspect. Also, it does lock you into one item. I am skeptical about whether that is preferable — I don’t get the utility of it.” A second respondent said, “It is difficult for a single tool to control the entire process.” And a third participant advised, “I’m not sure how successful one platform can be, given the diversity of necessary functionality.”

“I’m not sure how successful one platform can be, given the diversity of necessary functionality.” 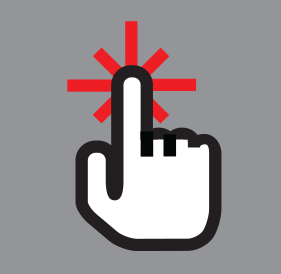 The number one complaint about legal review software is ease of use. Nearly a quarter of respondents wanted usability improvements for existing software, including for analytics and predictive coding.

Analytics and Predictive Coding May Be Hitting a Tipping Point 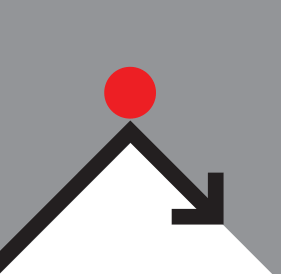 The data reflect an almost perfect bell curve for participants claiming to work in an organization that uses advanced software and features such as analytics or predictive coding. While only 7 percent implemented this technology more than three years ago, 17 percent did so within the last three years, and 27 percent did so in 2013. In the near future, the numbers likely will remain constant with another 27 percent planning to utilize these tools in 2014 and an additional 10 percent likely to participate in 2015. 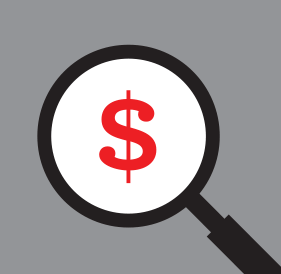 One of the critical cultural shifts over the past five years applies to spending. Fifty-seven percent of participants in this year’s study were able to quantify how much their organization spends on e-discovery per year. For most, it was between $5 million and $10 million annually, but it ran as high as $30 million per year for several respondents. The 57 percent of participants with budget transparency is fairly consistent with the 60 percent of those who responded in 2012 and is materially higher than the 42 percent who reported in 2011, the 40 percent in 2010 and the 34 percent in 2009. Almost half, however, still are unsure of their company’s spending, and of those who could provide figures, few could offer an exact amount.

A number of participants were unable to provide a complete answer because they lacked knowledge of how much the company disburses on external legal advice. “Outside counsel spending remains a challenge because time entries are not coded for e-discovery,” said one respondent. Another noted, “There is a heightened appreciation that monitoring spending is necessary, and some of the e-billing systems cannot code e-discovery vendors the same way they code task-based work from outside counsel.”

In addition, information technology, in some cases, may be responsible for software licensing costs. The legal team may be unfamiliar with the associated expenditures so determining how much time employees are devoting to such activities becomes a guessing game.

Regardless of their spending, 53 percent of respondents expect costs to increase over the next few years, while the remainder split evenly between costs decreasing and remaining the same.

Generally, “The proliferation of different systems and tools and the expansion of data are forcing higher costs,” said one individual, who essentially summarized many of the responses. “In addition, as companies need to search text messages, mobile devices and remote storage systems, expenses will rise.” Finally, “The lawyers are becoming more sophisticated in fashioning discovery requests, and the courts are not exercising much restraint,” noted one lawyer.

An attorney who expects the costs to decline offered three reasons: “First, new vendors are increasing competition, which is lowering prices; second, there is more willingness to embrace predictive coding; and third, the interest in studying spending trends tends to drive efficiencies and, thus, will lower costs.”

Thanks for registering. Use the button below to download the white paper.