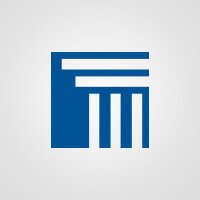 In the last half of 2018, GDPR enforcement activity among data protection authorities across Europe saw a steady uptick and the trend will continue in 2019. Organizations in a broad range of industries received public reprimands, enforcement notices and fines. Violations ranged from data breaches, to lack of security practices and failure to obtain consumer consent to collect data.

Some of the most severe and notable actions that took place in 2018 include:

If momentum from 2018 is any indicator, a busy year lies ahead for data privacy professionals around the globe. These incidents signal a number of data privacy trends organizations should prepare for, including:

Another important lesson from activity in 2018 is that a data breach is not necessarily a breach of data protection laws. The recent airline breach in the UK is a good example – the company was hacked and suffered a breach but responded with transparency and best practices. Thus far it has not been found to be a violation of GDPR. On the other hand, as we’ve already seen in 2019 when the CNIL imposed a €50 million fine relating to the processing of personal data for advertising purposes without first obtaining consent, a data breach is not required to be in violation of GDPR.

As organizations work to prepare for increased GDPR scrutiny they should also keep an eye on other regions where data privacy laws and enforcement actions are increasing due to the spotlight GDPR has put on privacy. Notably, for example, California’s new proposed privacy law which closely mirrors the GDPR is set to take effect January 1, 2020. The trends above should be taken into serious consideration and leveraged to build better practices in 2019, ensuring that information governance and data privacy risk programs are a top priority for company leadership.